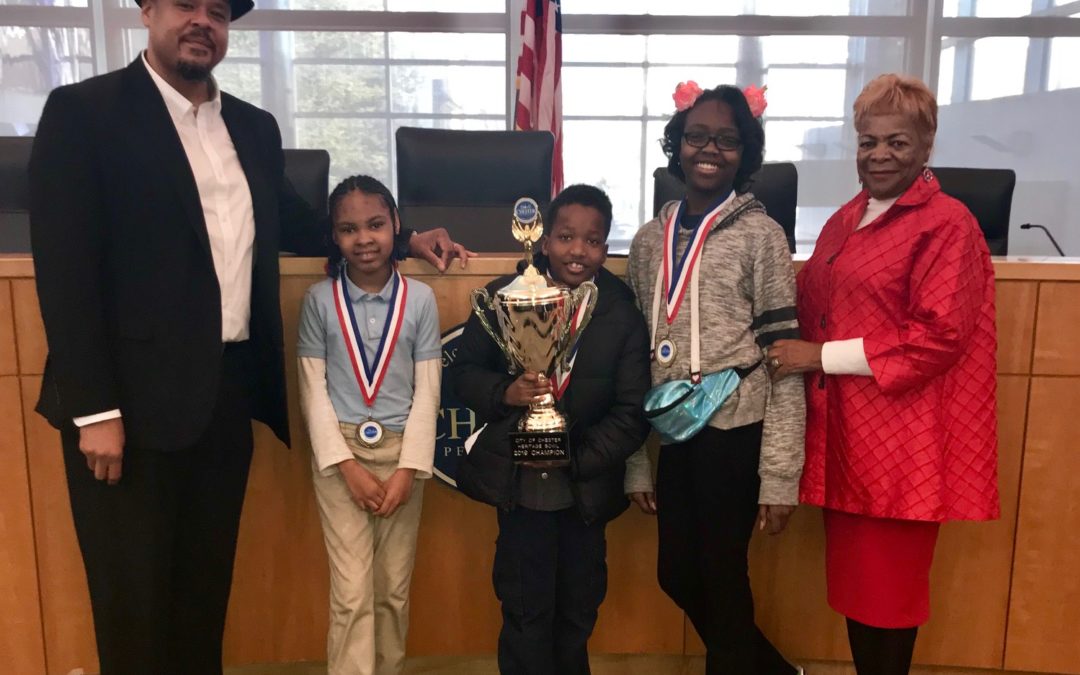 The students were quizzed inside of Council Chambers in front of their peers, school advisors and City of Chester officials.

Duane Lee, Manager for the city’s Recreation Department served as the Emcee for the event and provided the students with game instructions throughout the competition.

At one point during the event, Main Street held a 10-point lead over Stetser. However, after both teams missed answering several questions, Main Street reached 20 points and championed through to victory by correctly answering the question, “Along the Underground Railroad, a safe house of temporary refuge was known as what?”

About the Heritage Bowl:

This is the sixth consecutive year, the City of Chester’s Department of Parks and Recreation has hosted the Heritage Bowl at Chester City Hall. Under the direction of Councilwoman Elizabeth Williams, the event was created as a medium to encourage healthy competition for local grade school children during Black History Month.

To prepare for the competition, the students were given a 50-page study guide one month prior to game day.   The study guide consisted of facts that included key dates, inventions and notable figures concerning African American and City of Chester history.

The Heritage Bowl trophy will now live at Main Street Elementary School until next year’s competition. All students who participated in this year’s game received a participation medal for their hard work and dedication.

All attendees were treated to lunch.