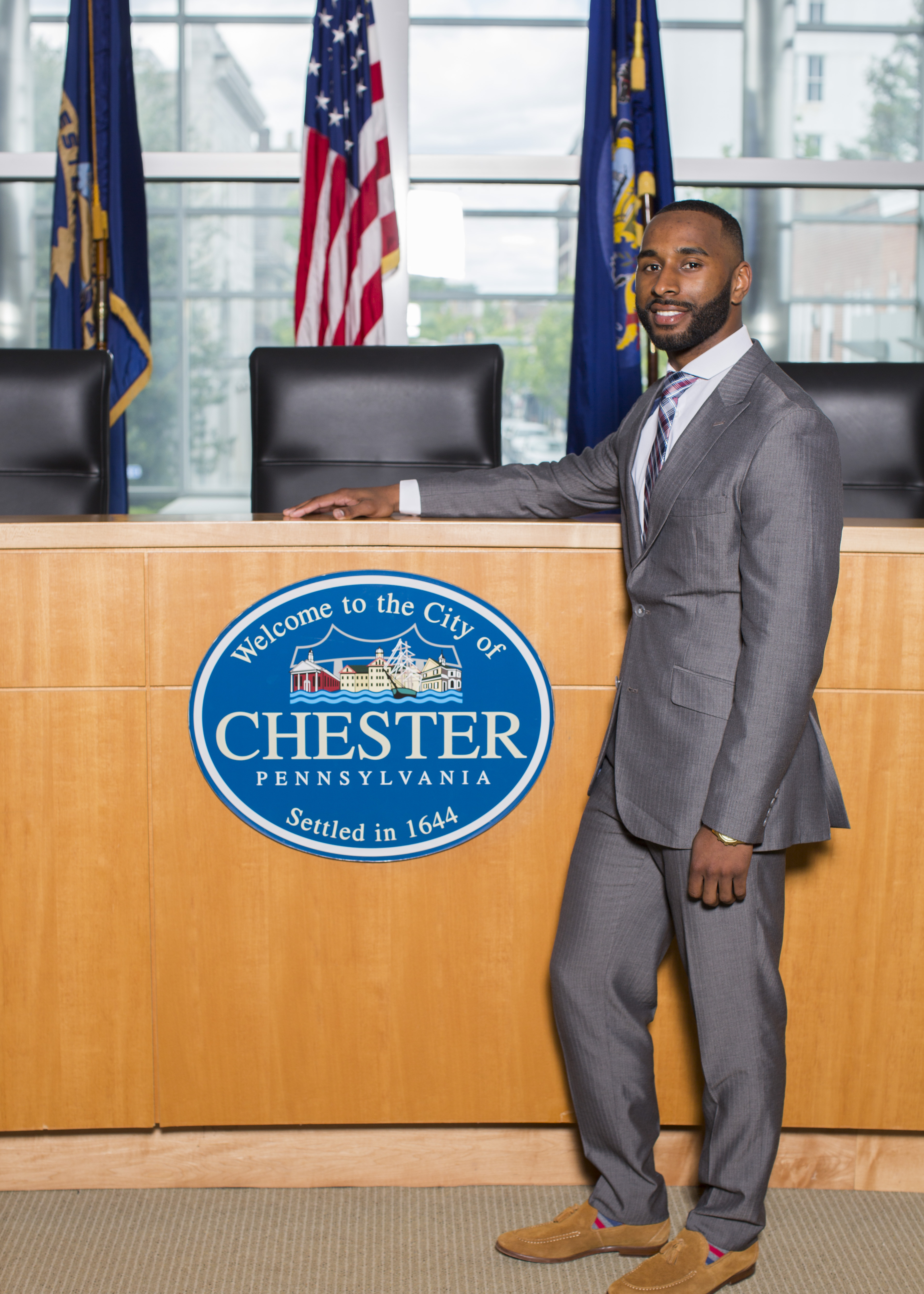 William Morgan is a native of Chester, Pennsylvania and graduate of Cardinal O’Hara High School.  He attended the University of Rhode Island on a full-athletic scholarship where he received his Bachelor of Science in Communication.

Morgan began working for the City of Chester in January 2016 as the Purchasing Director within the Finance Department.  His hard work and dedication led to his special appointment to Chester City Council in September 2016 when former Councilman and Director of Finance, Nafis Nichols resigned. “I want to bring a younger perspective to Council,” said Morgan.  “The diversity in age on Council will allow for us to effectively identify with our constituency base.  It will position me to be an influential voice for the millennial demographics and champion causes that are central to them, thus allowing for more impactful governing within the community.”

On January 2, 2018 after successfully winning his first election in November 2017, Morgan was sworn-in to his first four-year term as a Chester City Councilmember.  During the swearing-in ceremony, he was also appointed to the position of Deputy Mayor for the City of Chester.

In his spare time, Morgan works with the youth demographics in the area. BASE Inc., which stands for Building and Achieving Success, is a non-profit organization that Morgan along with another Chester native founded that specifically gears its programming toward student-athletes.   As a former student-athlete, Morgan wanted to lend his experience in order to help cultivate and strengthen the next generation of student-athletes in the Tri-State area. BASE Inc’s platforms include academic success modules, tutoring and college preparedness tools.

Prior to working for the City of Chester, Morgan worked as a Financial Service Representative for TD Bank’s Brookhaven, PA branch.