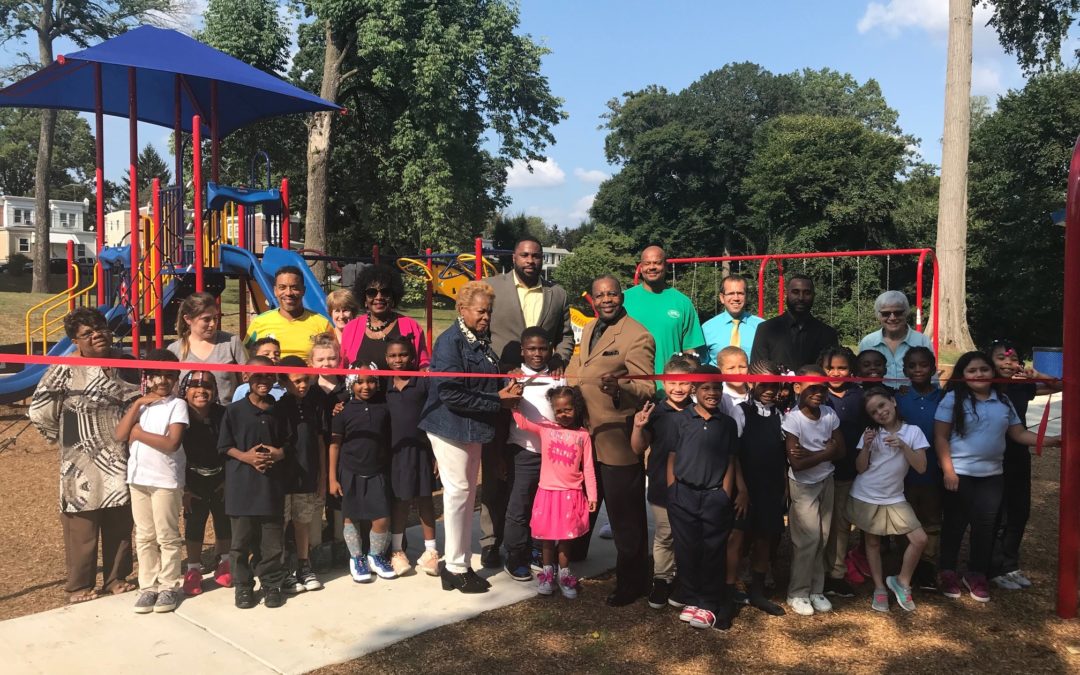 The park needed to be revitalized after a storm in June 2015 caused significant damage to the site.

Now the 6,425 square foot park is divided into two smaller parks.  One area is designated for children ages 2-5.  The other portion caters to children ages 5-12.

In addition to the new layout, the park features new playground equipment, including slides, swings, rock-climbing walls, and an interactive piano. There are also several benches, including two with tables and a small pavilion. Most importantly, Washington Park has Americans with Disabilities Act (ADA) accessibility.  “The walkways are new and allow persons with disabilities to move freely and comfortably,” said Councilwoman Elizabeth Williams, who serves as Director of the Department of Parks and Recreation.  “There is also a handicap accessible swing. Now children of all abilities can enjoy Chester’s park system.”

The project, which cost more than $250,000 to complete was funded through a state grant and federal monies awarded to the Chester Economic Development Authority (CEDA). State Rep. Kirkland, who was an integral figure in securing the Greenways, Trails and Recreation Program grant from the Commonwealth Financing Authority highlighted his desire to secure funding for similar projects in Delaware County. “We hope that we can continue to upgrade other parks throughout the 159th District,” said State Rep. Kirkland.  “I am happy to see this project completed.”

Second grade students from Stetser Elementary School joined city officials for the ceremony and were able to enjoy water ice and pretzels provided by 3D’s Delights after.