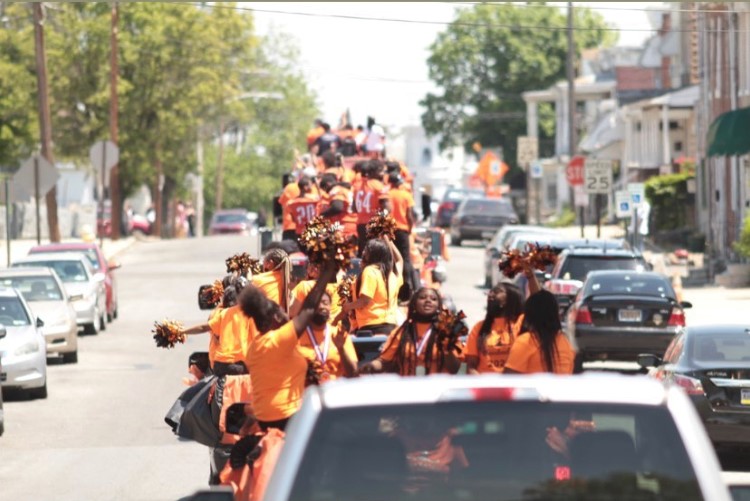 PICTURE CAPTION: The city of Chester hosted a victory parade on May 15 to celebrate the Chester High Varsity Football team and cheerleading squad for having a winning season.

City officials presented awards and hosted a victory parade to celebrate the Chester Clippers for becoming the 2021 United X League Champions and finishing the season with a 5-1 record.

(CHESTER, PA) – The city of Chester hosted a victory parade on May 15 to celebrate the Chester High School Varsity Football Team and cheerleading squad for having a winning season.

The Chester Clippers finished the spring football season with a 5-1 record and became the 2021 United League Champions after defeating Harry S. Truman Lions, 26-18 during the championship game on April 24.

City and school district officials joined the players, cheerleaders, and coaching staff as they were escorted along the parade route.

“These young men and women did an awesome job,” said Mayor Thaddeus Kirkland. “They represented this city and they represented it well. They did it with integrity, character, strength, and teamwork. We know it was difficult dealing with COVID but they made the city proud.” 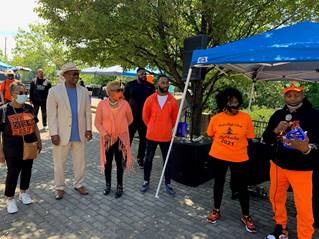 After the parade, the Clippers and their families were treated to a private, catered luncheon at Ethel Waters Park. City officials presented Cheerleading Coach Karen Miah with the Chester Makes Chester Award for 26 years of service to the cheerleading team. Each cheerleader received a dozen roses. “To be honored by your city is big for me because cheerleading is my life and I do it from my heart,” said Coach Miah. This award means the world to me; however, the joy for me today was looking at the smiling faces of our football team and cheerleaders.  The smile of a winner is priceless.  Thank God I had the opportunity to witness it firsthand”

On May 12, City Council recognized the football team during the city’s regularly scheduled Council Meeting. Members of the team, including Head Coach LaDontay Bell, coaching staff, and team captains were presented with a Citation Letter from Chester City government and State Rep. Brian Kirkland’s office. The citation letter, considered to be the highest form of recognition from local government offices, detailed the team’s historic winning season and highlighted the tenacity of the players.   Coach LaDontay Bell also received the Chester Makes Chester Award at the council meeting for his unwavering commitment to building successful student-athletes and champions. “I’m really appreciative of my assistant coaches. The late-night hour calls, being concerned about the status and well-being of our players. This does not happen without them,” said Coach Bell. 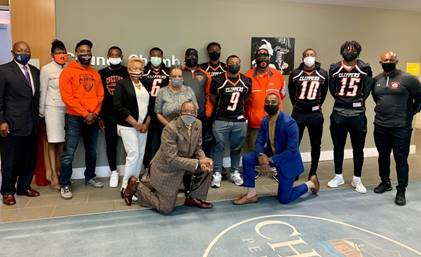 This past season, the Clippers average 24 points per game, while holding their opponents to just seven points per game. Four of their five wins were complete shutouts.

Recently, PAFootballnews.com announced that Coach Bell tied for first place for Coach of the Year.