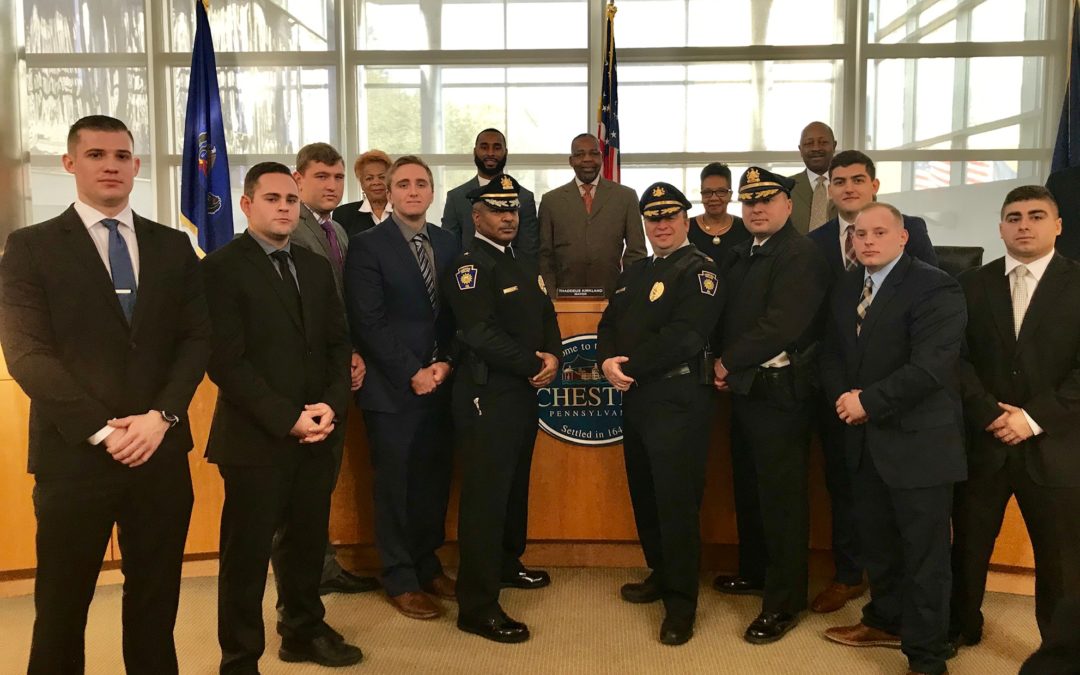 (CHESTER, PA) – Seven new officers were sworn-into the position of patrolman during the City of Chester’s first Council Meeting of 2019 on Wednesday, January 9.

The seven new officers will begin patrolling the community alongside a tenured officer over the next several weeks. “The field training process has already begun for these men,” said Police Commissioner Otis Blair. “Our commitment is to ensure that we are hiring viable candidates who are well-trained and equipped to serve the community of Chester.”

Each new officer will be revaluated by the Command Staff prior to being assigned to solo patrolling shifts.

“This administration will continue to work in concert with our Police Command Staff to reach the goal of a fully-staffed police department,” said Mayor Thaddeus Kirkland. “We are close to 90% in reaching that goal at this present time. We will continue to look for and hire persons who are qualified and committed to protecting our constituents.”

A full complement for the Chester Police Department is 106.