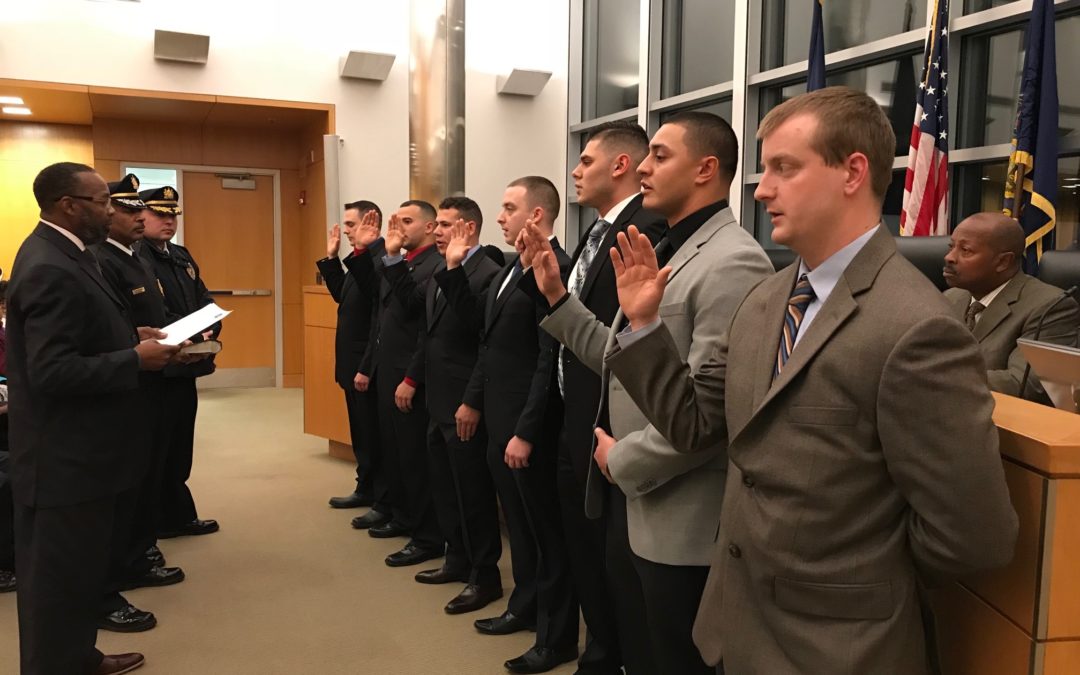 (CHESTER, PA) – During the City of Chester’s regularly scheduled City Council meeting on Wednesday, December 13, 2017 seven officers were sworn-in to the position of patrolmen.

The seven new officers will begin patrolling the community alongside a tenured officer. “All of these men are Act 120 certified through the state of Pennsylvania,” said Police Commissioner Otis Blair.  “This allows our department to begin using their talents immediately by entering them into our field training phase, which consists of pairing each new officer with a veteran-training officer for several weeks.”

The new patrolmen will be reevaluated after several weeks by the Chester Police Command Staff to ensure they are knowledgeable of the department’s policies and procedures.

The hiring of the new officers brings the Chester Police Department closer to operating with a full staff.  “We have spent months looking for viable persons to serve as officers in our community,” said Mayor Thaddeus Kirkland. “As we move through the process of interviewing interested and qualified candidates, we also move toward the goal of equipping our police department with all the necessary resources to be the best. That is a vow I have made to them and a vow I have made to our residents.”

v  ACT 120 – To be employed as a police officer in the state of Pennsylvania, an individual must successfully complete a certified Act 120 (basic training) program.

v  Newly-hired officers must take up residence within the City of Chester within three months of their official start date. Additionally, each officer must reside in the city for at least five years.