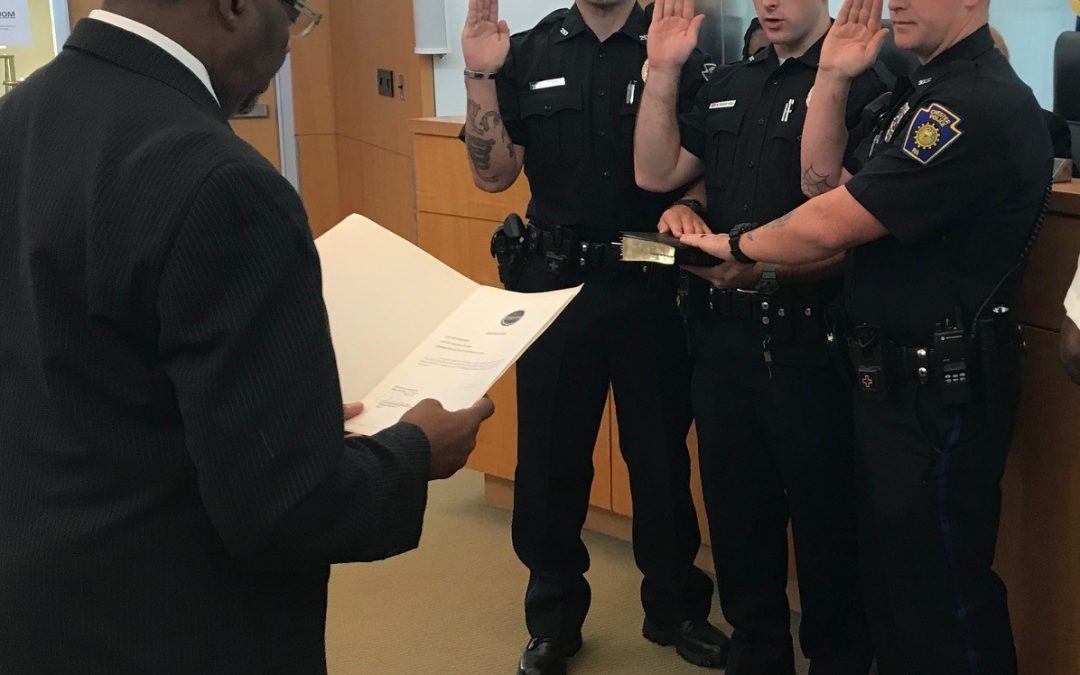 The three new officers are recent graduates of the Philadelphia Police Academy Class 389. The officers entered the Academy in January 2019 and participated in a graduation ceremony on September 20, 2019 after completing several months of intensive training.

The hiring of the new officers falls in line with mayor and council’s commitment to fully staff the police department. “During any given month we may encounter police officers who want to retire,” said Mayor Thaddeus Kirkland. “As we lose officers, whether it be to retirement or other reasons, this administration will continue to work with our police command staff to hire eligible candidates to serve as law enforcement officials in our community.”

The Police Command Staff joined the new recruits during the swearing in ceremony.  “We are proud of these guys,” said Police Commissioner Otis Blair. “They have received great training from the Academy and we are optimistic that they will be assets to our department as we work to serve and protect this city.”

Each new officer will be paired with a veteran officer for 90 days of field training.  They are required to obtain a city residence within three months of their hire date and must take residence in the city for five years.