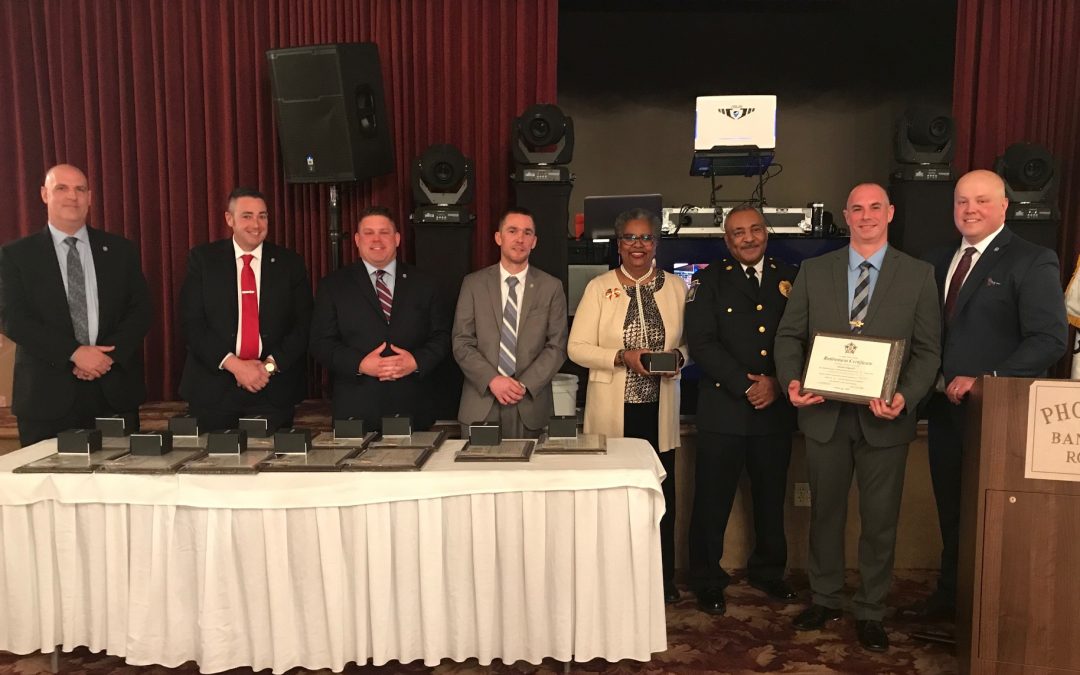 The event, which was held at the Ballrooms at the Phoenix in Chichester was the FOP’s first awards ceremony since 2015.  More than 100 people attended the evening ceremony, including Mayor Thaddeus Kirkland, Delaware County District Attorney Jack Stollsteimer, Chester Chief Financial Officer Nafis Nicholas, current and former police personnel and their family and friends.

FOP President Jonathan Ross began the event by offering a brief introduction. “It’s been a while since we’ve come together in this way but that does not discredit the years of work that tonight’s honorees have put in, “said Ross. “We are a small lodge. Some of us have made a life’s work serving as an officer. That is why it’s important for us to honor our officers— that is why we are here tonight.” 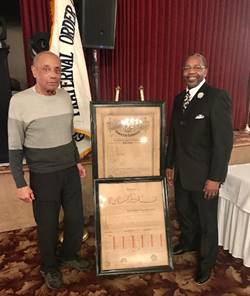 James Ianni, 84, a former Chester Police Sargent who served with the department from 1967-1987 was the oldest police veteran in attendance. During remarks, Mayor Kirkland joked about accepting all retired officers back to the police force. “I know many of you have been away from the department for multiple years, but it’s never too late to put that uniform back on and help us out, and this includes you Mr. Ianni” stated Mayor Kirkland through laughter. “Whether you’re retired or currently serving this city, I want you all to know that we appreciate you. Often times our men and women who are charged to protect us, do so not knowing what the day ahead may bring,” Mayor Kirkland added.  “I thank not only our officers, but your families, for lending your loved ones to this community.”

Delaware County District Attorney Jack Stollsteimer also addressed the crowd and highlighted the county’s commitment to partnering with Chester, while also praising former Chester Police Chief James Nolan IV.  “I’m the one who put Jimmy in retirement from this department by promoting him to Chief Detective with CID,” said District Attorney Stollsteimer. “I wanted to make sure we had someone on the team with a proven track record.  By hiring Jimmy I did just that,” District Attorney Stollsteimer added. “We care so much about what goes on in the city of Chester and you all are the force behind the city.  We are going to make sure we bring resources to you from the county level.” 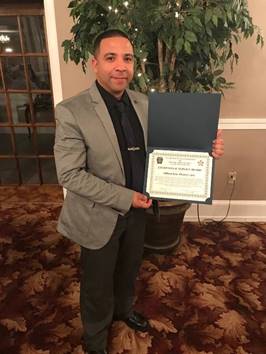 21 current police officers were presented with certificates of recognition for various accomplishments during the 2019 year. Those accomplishments included presentations of the Exceptional Service Award, Merit Commendation, and Life Saving Award.

27 former police officers who retired between the years 2015 through 2019 were also honored during the ceremony.  Each retired officer received a custom 8×10 plaque, a citizen watch, and a personalized badge. The plaques each contained verbiage that included the former officer’s years of service to the Chester Police Department.

A complete list of the current officers who received awards along with their award description can be requested by contacting Aigner Cleveland.