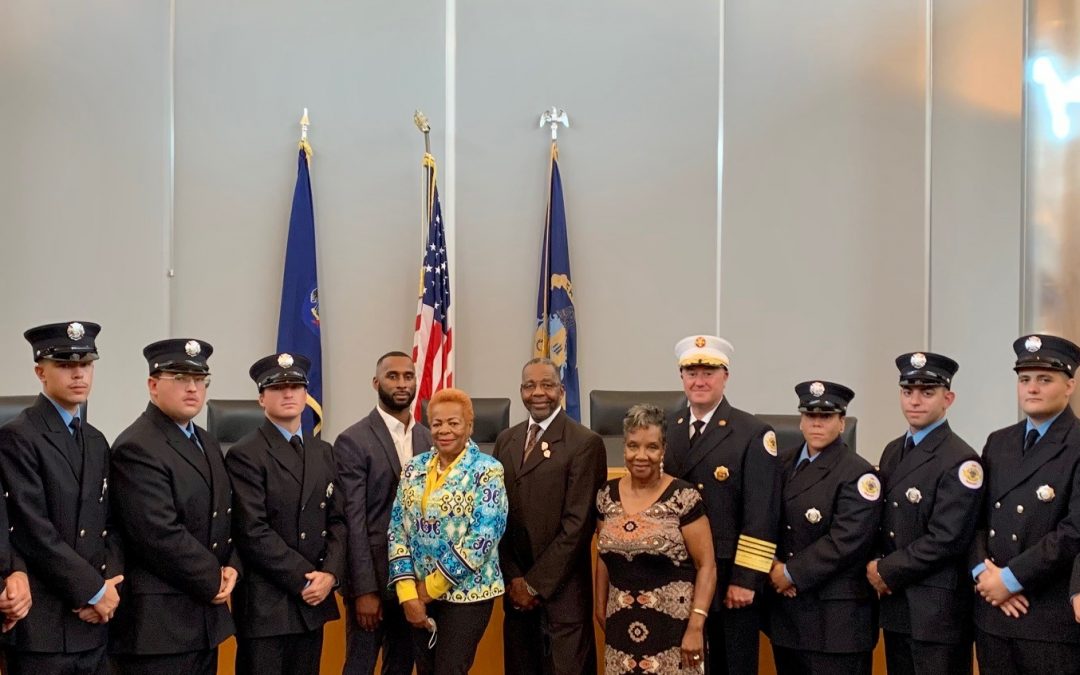 PICTURE CAPTION (2021_NewFireApprentices): Chester City Councilmembers and Fire Commissioner William Rigby IV pose for a picture with ten new Apprentice Firefighters who were sworn into the position during the city of Chester’s Council Meeting on August 11.

(CHESTER, PA) – During the city of Chester’s regularly scheduled City Council Meeting on Wednesday, August 11, nine men and one woman were sworn into the position of apprentice firefighter.

“This is one of our bigger classes,” stated Chester Fire Commissioner William Rigby IV. “We were able to bring this group in thanks to a SAFER grant. We were scrambling around because of COVID but Wilmington invited us in and we are thankful because the networking and connections that were made here will last a lifetime.”

Wilmington Fire Chief John Looney and Captain Matthew Marsella attended the swearing-in ceremony. Both men were integral figures in the fire academy’s training process. “These 10 recruits worked very hard, and everyone in Chester should be proud of them,” stated Chief Looney. “We really loved this opportunity to be able to bring in other organizations to train.”

The 41st  Recruit Class marks the first time in the Wilmington Fire Department’s 100-year history that outside agencies were allowed to attend their academy. 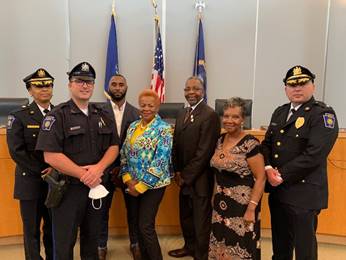 14-year police veteran Michael Dingler was promoted to the rank of Sergeant. Dingler, who joined the Chester Police Department in December 2007, has been known to engage with residents while working his daily beat. “I see Sergeant Dingler every time I drive past that area and he’s on duty,” stated Mayor Kirkland. “I see him getting out of the vehicle. I see the respect that is given to him by the residents and that’s a job well done.”

All ten apprentice firefighters have completed a mandatory two-week orientation under the supervision of the Chester Fire Bureau’s Training Officer, Battalion Chief John-Paul Shirley. They each have been assigned to one of four platoons that operate out of the two fire stations in the City.

The SAFER Grant Program provides funding directly to fire departments and national, state, local, or tribal organizations representing the interests of volunteer firefighters to assist them in increasing the number of firefighters to help fire departments meet industry minimum standards and attain 24-hour staffing to protect communities from fire and fire-related hazards, and to fulfill traditional missions of fire departments.