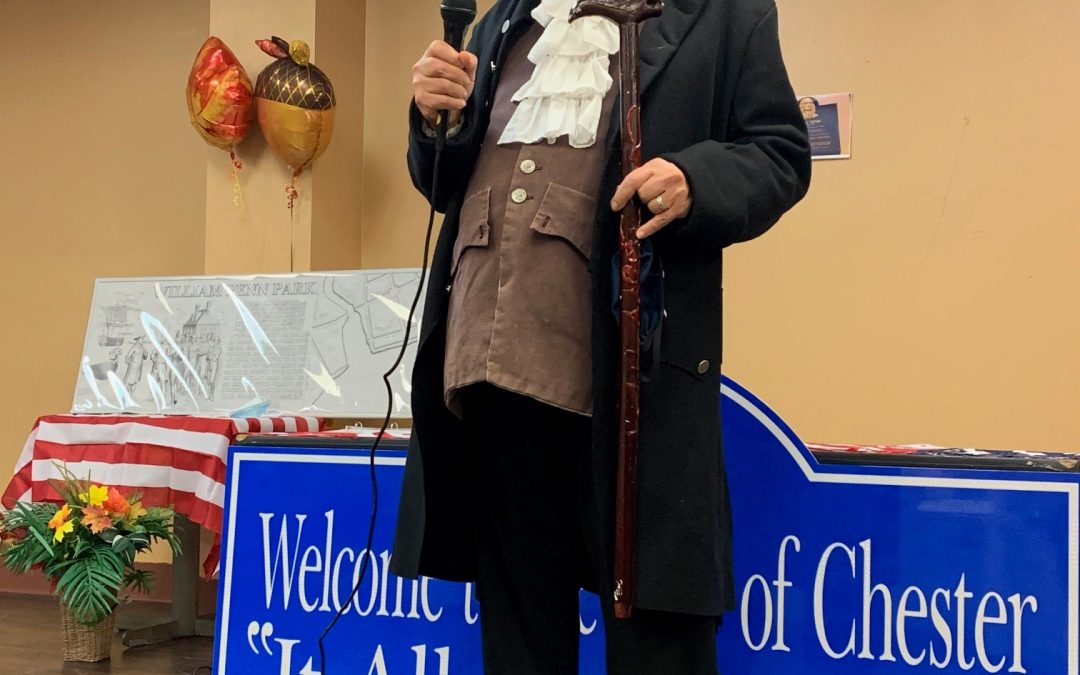 Due to inclement weather, the celebration, which is usually held at the Penn Monument and Landing Site on Front and Penn Streets in Chester, was moved to Chester City Hall’s Community Room.

Councilwoman Williams, Director of the Parks and Recreation department and a Chester history enthusiast took lead in organizing the event, in partnership with the Chester Historical Society. “William Penn landed here in Chester,” said Councilwoman Williams. “I take pride in facilitating this event because people need to be reminded of our history as the first city in this state.” 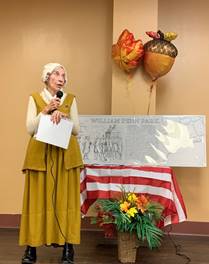 On October 29, 1682, William Penn sailed along the Delaware River and landed on the shores of the only town in the province, then known as Upland.  The monument at the William Penn Landing Site in Chester is located along Front and Penn Streets.